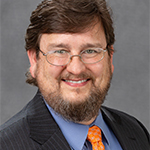 Mr. Wilmoth served as Judge of Dallas County Probate Court 2 from 2011 through 2014. As presiding judge, he conducted over 6000 hearings and held numerous bench and jury trials. He earned a reputation as a fair, compassionate, and pragmatic judge. From 2013 through 2016, he made presentations to judges through the Texas College of Probate Judges and the Texas Judicial Academy. Mr. Wilmoth is a member of the Texas Judicial Branch Certification Commission’s Guardianship Certification Board and the State Bar of Texas Pattern Jury Charge Committee (Family and Probate).

Before being elected to the bench, Chris Wilmoth practiced litigation at Baker Botts, L.L.P., including substantial work in the areas of probate, corporate bankruptcy, and employment law.  He previously served as law clerk to Hon. Jorge A. Solis, United States District court, Northern District of Texas; as extern at the Securities and Trade Commission; and as law clerk at the Federal Trade Commission.

Mr. Wilmoth is a lifetime member of the National College of Probate Judges. He is a fellow of the Texas Bar Foundation, the Dallas Bar Foundation and the Dallas Association of Young Lawyers Foundation, and is a member of the College of the State Bar of Texas. He served on the board of trustees of DAYL Foundation and the board of directors of Wesley‐Rankin Community Center through 2015. He also speaks to the bar and community organizations about probate and guardianship issues.